Although 360 video limits the amount of interactivity a user has with an environment, it can be a great way to quickly create an immersive environment, whilst ensuring rendering and production costs are kept to a minimum.

By utilizing the skybox, 360 video can be added to a Unity scene. Unity's Skybox/Panoramic shader will also handle common 360 video formats such as side-by-side and over-under, as well as default equirectangular mapping. 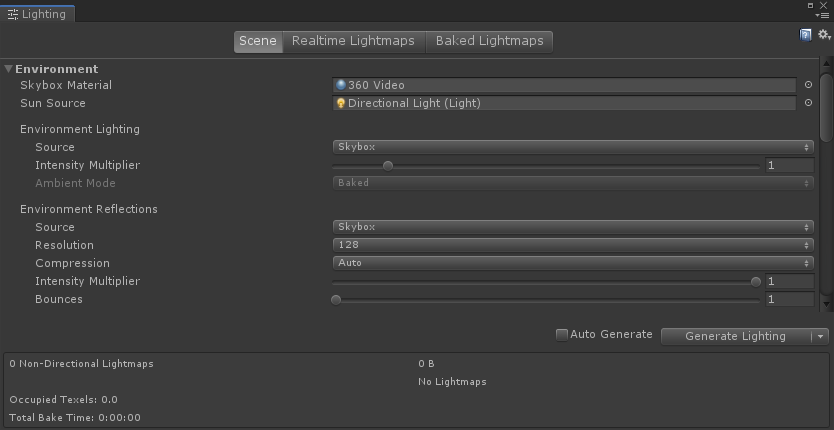 Using the skybox will also prevent the user from being able to traverse closer to the video source, which can be undesirable when using 360 video, as a pre-rendered video will not account for the change in perspective.

Video playback, when building for WebGL, requires videos to be streamed. It is possible to stream from an external source, but if you wish to use Streaming Assets, read the Streaming Assets page to understand how the Immerse Platform manages them. 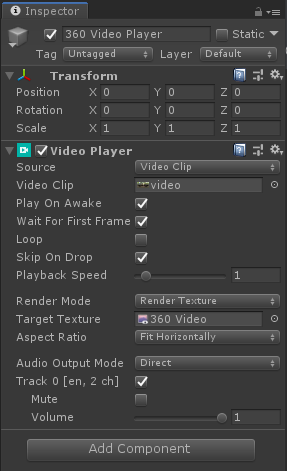 If you are using a VideoPlayer component for your 360 video and it is a single player experience, controlling playback can be done in the same way as any other video.

If you are creating a multi-user experience and you require sychronized playback, the Example: Synced Video Player can be used here.

Updated about 1 year ago