Immerse Scenes are Unity Scenes which have integrated the Immerse SDK, been built, compressed and uploaded to the Immerse Platform. Typically they are Zipped files containing a Windows executable, WebGL content and/or Android APK.

Once uploaded to the Immerse Platform, Immerse Scenes can be managed, shared and added to Immerse Session, allowing them to be accessed by PCVR and browser participants. Uploading an APK allows a 6-digit PIN to be generated which is then input into a standalone VR headset to join a Session.

Try out the Immerse Demo Scene!

Look in vr.immerse.io/scenes for "SDK Demo Scene". Add this to an Immerse Session and invite other participants. 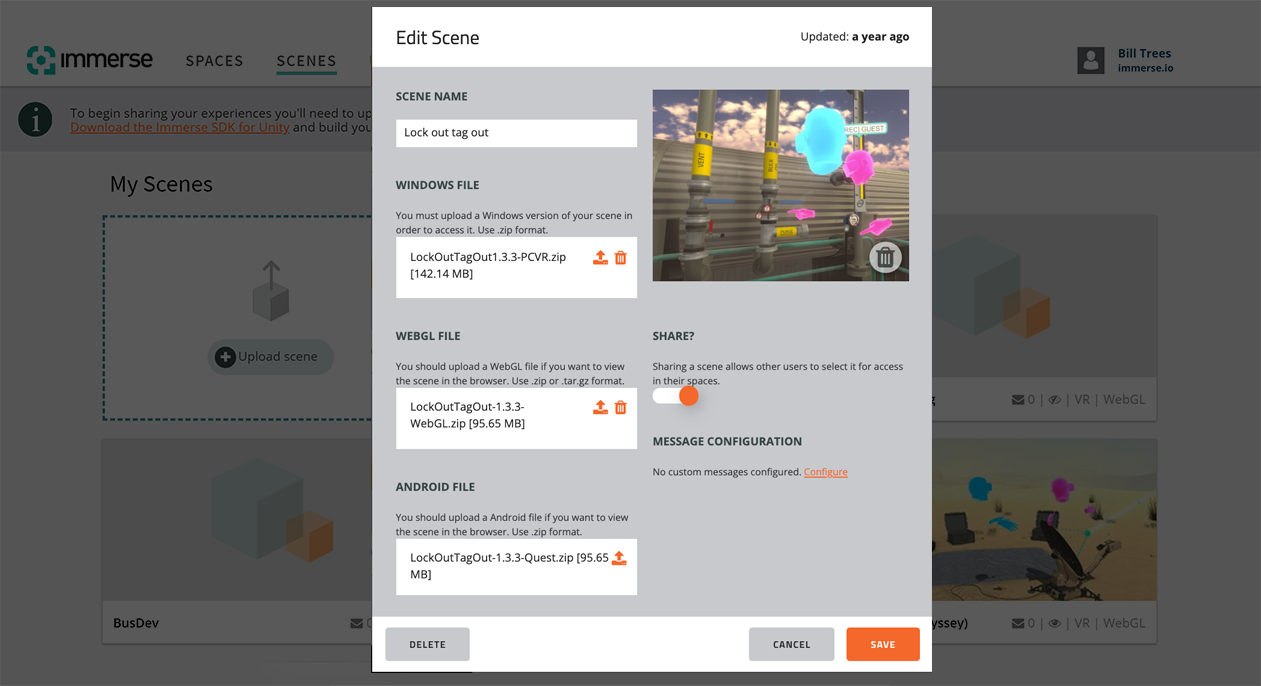 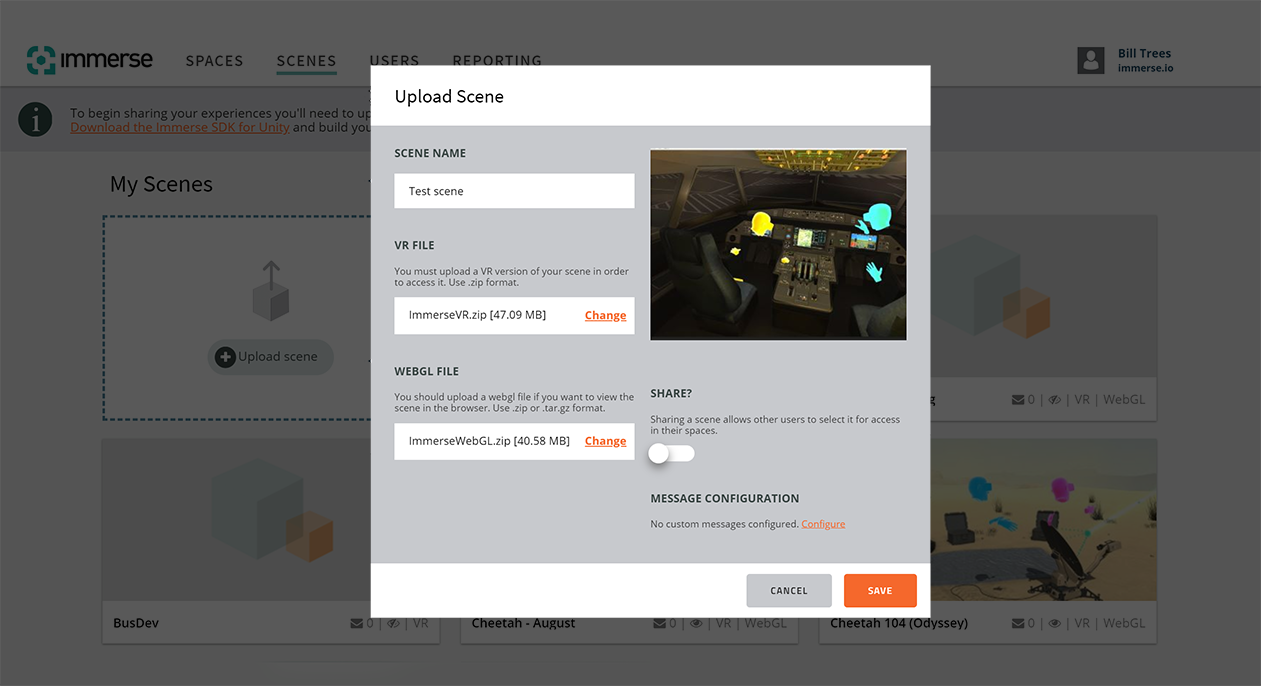 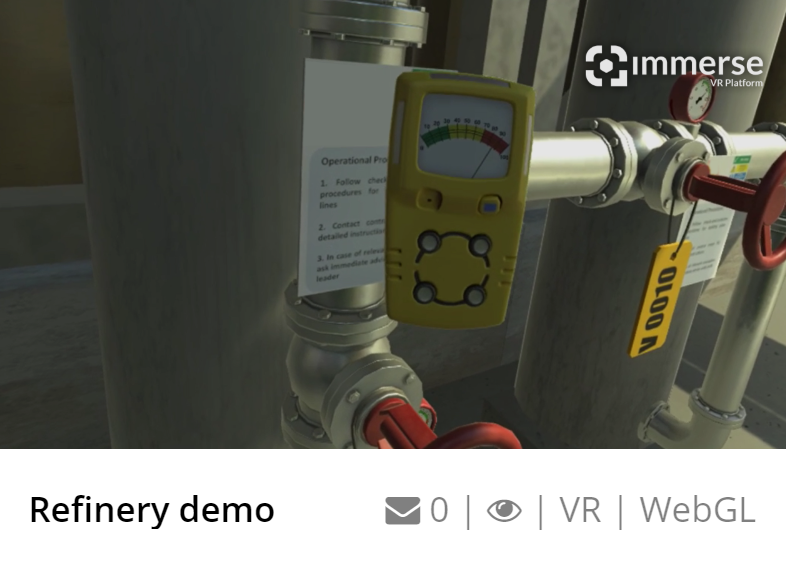 The eye symbol signifies that the scene has been shared inside the user's organisation. The mail icon shows how many Custom Messages the scene contains.

After an Immerse Scene has been created, its VR and WebGL files can be updated by clicking on the scene's thumbnail and uploading new versions.

Custom Messages provide a way for objects, data and state to be synchronised across multiple users and persisted in an Immerse Session.

Before deploying an application to the Immerse Platform, contact its developer to determine whether Custom Messages have been used in its creation.

Custom Messages are defined directly in the Immerse SDK and are also configured when an Immerse Scene is uploaded to the Immerse Platform.

After uploading a zipped PCVR, WebGL or Android file (which has been built and compressed using the Immerse SDK in Unity and compressed, along with a "metadata.json" file) Custom Messages will be automatically configured for the corresponding Immerse Scene:

How to manually configure Custom Messages

Any errors or typos could make the experience unstable, or even crash

Custom Messages are automatically configured when PCVR, WebGL or an Android file is uploaded, however it is possible to manually configure them too.

The example below defines an example 'XR Socket Service' message:

Once in the Scene Message Configuration window, Messages can be added, deleted and modified. When all messages have been added correctly, hit [BACK], then [SAVE]